All poetry, photographs and artwork © the individual artists who can be contacted through the links below

We would like to thank all of the Golden Thread poets for reading at St. John's during the last 3 Edinburgh Festivals and all of you who came along to listen. Also St John's Church and the Cornerstone Bookshop for providing such superb venues and to those who generously sponsored the readings - without your help, they would not have been possible.

This site too, would not have existed without your contributions. Many thanks for all the wonderful and inspiring poems and images.

This will be the last posting on the blog, but it will of course, still be available to view, reference, and link to.

Silent -
the land lies under sunlight -
spread yellow earth, red earth,
swept in tender circles round the olive trees
as if the sun’s broom was at work

his blue eyes look out into distance -
olive trees in rows as regular as needlework
sweeping down the slopes -
dark green stitching
against dust-coloured earth.

I have inherited my mother's scarves
Autumn angora, winter wool
crisp cotton for spring;
silk for sad days like funerals, whatever the season.
She felt uncomfortable if there was no scarf.
At Rodin sculptures in the Burrell, she'd pause
and loudly tut not even a scarf around her neck.

When in town on separate jaunts,
I'd find her at the midday mass,
spot her immediately, her scarf
drawn up over her head, veil-like.
She'd nod as I joined her for the final hymn,
frown for a moment at my bare head
then smile in approval at my covered neck.

I take my time choosing my scarf, stroking
silver-flecked blues, warm reds, cool greens
noting that there are no beige.
It may be a difficult day ahead
but no matter. I'm not afraid
to stick my neck out
wearing any one of her scarves.

Jila Peacock translates Hafez and shows her illustrations of his words

Rise up wine giver and offer the cup
for love at first so simple is now beset with trouble
even as sighs rising from the tangle of perfumed curls
suffuse our hearts with rapture.
Here am I revelling in the midst of life
when every moment the camel bells cry out
‘Pack your goods and chattels!’
Redden the prayer rug with wine
if the Magian elder tells you
For seekers know the map and methods of the Way.
In night’s black terror amid the fearful waves and whirlpools
How may those wayfarers of the shore fathom my despair?
My whole life’s yield is ending in shame through my conceit.
How long can the mystery we all seek remain hidden?
If this is the presence you seek Hafez, be bold
Abandon the world, let it go:
Then face your heart’s desire.

Posted by goldpoetrythread at 18:25 No comments:

From the Cornerstone Readings

As clear as night
wings like ink
drawn in non-flight;
more positive than anything
is that Rook on the rooftop opposite.

Its wide-nosed beak
scans feathers
for insects or dirt,
coat clean and brilliantine,

like a so-called Eskimo
wrapped in sealskin
or centuries of a misconceived othering.

Rook really took the biscuit, though;
all the colours swam into him,
absorbed their differences
to nothing,
a negative-positive
to outshine the Sun,

a blackness that turns day
and night
back to light.

I waited anxiously at the bus stop.
Two old ladies behind me
and a younger woman with a child
behind them formed the queue.

And when the bus arrived I panicked.
I encouraged the elderly ladies on first
then I motioned to the young woman,
discretely falling in behind her.

I wanted no association with these
old women – for we were leagues apart –
the mother and child much preferred
with my bus pass sweating in my palm.

All things pass, of course. It happened
without a word or the faintest of fumbles,
my pointless exasperation grounded in the vanity
of an uneasy, newly retired, senior citizen.

Posted by goldpoetrythread at 18:26 No comments:

While last year's readings were memorable for taking place under grey skies and sometimes teeming rain, the weather this year could hardly have been better. In the new venue, the Cornerstone Bookshop, we read in an old stone building, full of books of course, and with light coming in through an arched window, as you can see below.

Fr Meslier at his desk

I sharpened a new quill today
shaving the pliant bone
fallen from the wing of a sky-
wanderer, its feathers shaded
mist-grey to rain-grey,

gave thanks so lovely a thing
had come into my keeping,
its balance between finger and thumb
the poise of flight.

In that moment I was out
of myself, the sky above me
drawing me on and up
blue on blue on blue
without end.

THE MAGIC APPLE TREE
‘Comfort me with apples’

Cherry blossom pink and apple blossom
white or apple blossom’s deeper pink
as in Samuel Palmer’s magic apple tree
created for immortal Avalon
or for a taste of wisdom from the muse
from Venus, Friday’s child, with strongbow cider
fermented for a feast at harvest home.
Now hidden on a misty Scottish coast
old apple trees survive and are restored
each one to give its quintessential taste
in gardens of Lindores, its ancient abbey:
a gift to every sense and to more life
for birds, flowers, insects, thriving where
the apple reigns, cherished, venerated.

Posted by goldpoetrythread at 20:26 No comments:

Programme for Readings at the Cornerstone Bookshop August 2012 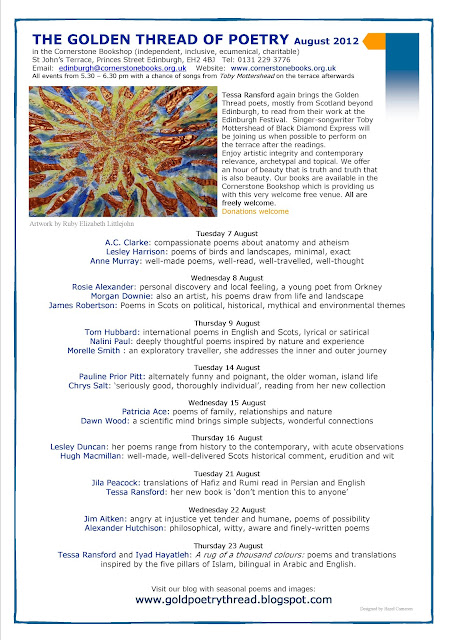 We are delighted to announce that the programme of readings for August 2012 is now complete. We have a great lineup for this year and we look forward to welcoming readers and audience to our new venue, the Cornerstone Bookshop, just below St John's Church, Edinburgh. (text below is the same as in the flyer, only in larger print)

All events from 5.30 – 6.30 pm : with songs from Toby Mottershead on the terrace afterwards

Jila Peacock: translations of Hafiz and Rumi read in Persian and English
Tessa Ransford: her new book is ‘don’t mention this to anyone’

Tessa Ransford and Iyad Hayatleh: A rug of a thousand colours: poems and translations inspired by the five pillars of Islam, bilingual in Arabic and English.
Posted by goldpoetrythread at 19:41 No comments:

The boat is like a scooped out wooden shell
a crab once lived in.
It follows an oblique path to the shore.
A thin rope ties it to the wooden jetty.
The sun shines, out of reach of clouds. 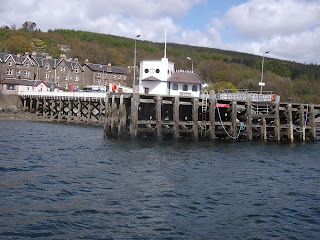 The beach is pebbles, grey and rounded,
warm to the touch.
The sun has the whole estuary to itself,
fingers water, turns stones inside out,
revealing their true colours 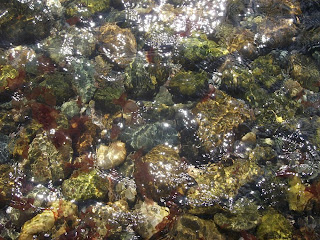 Words and images - Morelle Smith
Posted by goldpoetrythread at 09:00 No comments:

I had not expected this at my age:
all the muscles tightening in my throat,
my eyes welling up and glazing over
and palpitations in my ageing heart.

But more than this. I could wander around
the house, the streets outside and suddenly
your image would appear and then your voice
and I would engage in conversation -

Internally, of course, though it felt real.
I could hear you clearly, see you clearly
with that mischievous look from piercing eyes
and I would hold you close in an embrace.

I had not expected this at my age
and thought of the gap in years between us.
These things don’t seem to matter nowadays
and with this trend I felt myself at ease.

But deep down I knew it would never last,
your eyes were bound to rest on someone else
but what had been was bound to stay between
this grandad and his two year old grandson.

Like a blind man with his white stick
faltering sometimes on pavements,
only familiarity
and persistence can lead him on.

For ourselves when the fog descends,
when we can’t seem to find our way,
the white stick of inspiration
can become a shaft of lightning

That transforms the darkness for us,
the white flash a wand in our hand
that gives us lasting expression;
the bright new dawn of our learning.

Posted by goldpoetrythread at 10:00 No comments:

goldpoetrythread
Edinburgh, Scotland, United Kingdom
The Golden Rule was the theme of the Festival of Spirituality at St John's Church, Edinburgh, in August 2010. Tessa Ransford devised and organised poetry readings there, with the theme of the Golden Thread.